Do the Alpine troops (still) serve a purpose ?
Mountain troops sent to the tropics and marine paratroopers sent to the highlands in Afghanistan ! The military does things differently. For decades, the elite Alpine corps would appear to have been, at best, neglected. Its reputation has dimmed and its specific characteristics that once made it so strong have become a handicap. An inquiry on a difficult situation for the Alpine troops.

Mountain warriors
Some 120 years ago, Alpine infantry battalions were created in France. Subjected to rigorous training, these elite troops were active throughout the two world wars. But today, that is all history because the modern army apparently no longer has any need for them.

The winter front
From 1915 to 1918, the Eastern Alps were the theatre of a terrible, high-altitude war between Italy and the Austro-Hungarian empire. From the summits of the Dolomites to the karstic plateau of Julian Alps, the soldiers were confronted with another terrible enemy, winter. The letters and diaries of the soldiers in the Trentino, then a part of Austria, are eloquent.

Vercors
Each to his own
The goal of the ten-year issue was to express intimate views on mountains, to share memories, emotions, particular moments. Our call for articles produced so many that not all could be included in the anniversary issue. So a new section, My Alp, will in the coming issues welcome personal, different and perhaps uncomfortable views. We will start here with Jean Serroy.

The man armed with a pencil
An obscure soldier has shed light on a major historical event in a strong, stark style. A volunteer for the Dauphiné resistance in 1943, Jacques Barré, called Abdon, sketched the day-to-day life and the combat of his wartime companions. An intimate and rare view.

Baptism by fire in the Val d’Aoste
In June 1940, Italy declared war on France. A soldier in the Alpine troops in Aoste, Mario Rigoni Stern was just 18. That was the start of a conflict that would take him to the farther reaches of Russia, terrible years that played a central part in many of his books. Quota Albania opens with the story of the initial skirmishes on the border, a pale introduction to the hell that awaited the young corporal in the icy mountains of Albania. Excerpts.

The war of the sheep
Taken over by the army, the Canjuers plateau in the Provençal foothills has for the last 40 years been the largest training grounds in Europe. At the expense of the inhabitants and their herds, who were expropriated manu militari. Today, the tanks and the sheep are on better terms, for the time being.

Practical info
A new section in L’Alpe. These pages provide you with the info needed to study further the main topic of the issue, i.e. set off to discover the traces left by the First world war in the Eastern Alps and march in the steps of the resistance fighters in the Vercors (France).

Hidden Switzerland
With a biting pen, Victor Tissot, the author of this book published in 1888, mocks a mercantile Switzerland that has no qualms about selling itself to the highest bidder. While tourists flock to the Oberland, he leads curious travellers far from the herd that he castigates in his descriptions. These pages inaugurate a new series that will publish texts drawn from the rich collections of old documents at the Musée Dauphinois.

Portfolio
Uli Wiesmeier – The down side
The German photographer proposes a dark view of mountains by playing on a number of Alpine stereotypes. Surprising images where absurdity is used to make a point about our relation with the mountain environment that has become a consumer item.

Alps abroad – The little one lost in the Pacific
Mont Puké is a French mountain… in the middle of the Pacific ocean about 20 000 kilometres from the Alps. Rising up to a full 524 metres on Futuna island, in Polynesia, it is an essential element in an amusing story of a turtle and a whale. Simply finding the trail to the summit through the lush vegetation is in itself an adventure. And from the top of this small, isolated island, you truly dominate the world.

Jean Achard, landscape painter
The Musée Hébert (Grenoble) currently has an exhibition on this artist (1807-1884), the only Alpine painter considered, during his time, to be on the same footing as Corot, Boudin or Jonkgind. Far from limiting himself to regional themes, Achard spent most of his career in Paris, but he influenced mountain painting. The exhibition, in parallel with a stunning book, is an invitation to (re)discover a major landscape painter. 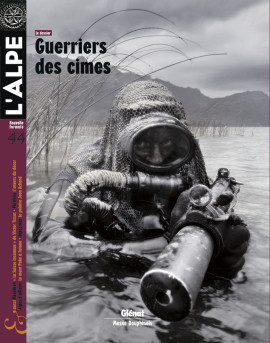