L’Alpe 64 : The Isère department, kaleidoscope of people and landscapes

Atoms and art are not necessarily antinomic. Proof is the ARC-Nucléart technological adventure in Grenoble. The workshop for the restoration and conservation of artwork brings together a wide array of skills and is truly unique. It was created by a physicist to save the art collections of the Isère department, notably those from the Paladru lake sites, and is now acknowledged worldwide for its bold and inventive techniques.

Caius Iulius Pacatianus, a Gaul in the service of the Romans

Along the Rhône River, in the small town of Vienne, formerly the capital of those parts of Gaul beyond the Alps, a remarkable person was born. A member of the Allobroge tribe, he became a military advisor to the Roman emperor and launched a brilliant career that took him to the Middle East and Africa. An exceptional destiny. 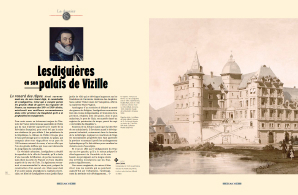 Lesdiguières in his palace in Vizille

The fox of the Alps. That was how the High Constable de Lesdiguières was known, even during his lifetime. The man, who was one of the greatest military leaders in France during the period before and after 1600, deserves more recognition from the Dauphiné province that he so profoundly transformed.

Isère is said to be particularly innovative in the social field. Does a militant, revolutionary spirit reign in the department ? Though the department has occasionally taken a leading role, the image must be tempered somewhat. What follows is a historical overview to separate myth from fact. 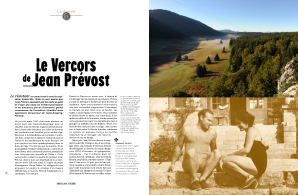 The Vercors of Jean Prévost

The Resistance fighter was known by the name of Captain Goderville. What is less known is that Jean Prévost, who was assassinated by the Nazis at the foot of the mountains, was also a brilliant journalist and a lover of literature, an expert on Stendhal (from Grenoble) and also the discoverer of Saint-Exupéry. A portrait.

Monuments (wo)man in another form of resistance

George Clooney met Rose Valland. She was born in the Isère department and, during the Nazi occupation, worked as a conservator at the Jeu de Paume museum, where she helped in saving tens of thousands of works of art. Cate Blanchett portrays her in the film Monuments Men, directed by Clooney and coming to cinemas in March 2014. 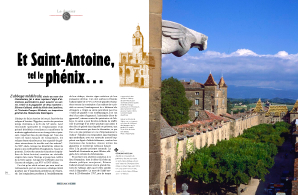 Twice in the past, the medieval abbey, located in the Chambaran region, was saved because two determined men took a particular interest in it. Étienne Galland, an Abbot in the 1700s, and writer Prosper Mérimée, an inspector general for the Historic Monuments administration.

Berlioz and the fantastic Isère

Do geniuses have roots ? By continuously highlighting the universal character of their work and, even more importantly, studying it from an academic point of view, we forget that even geniuses are born somewhere. And, for musicians, that they lived in a soundscape of which traces may be found in their work. A demonstration with the Fantastic Symphony.

The landscapes in northern Isère provided artists with a new source of inspiration in the 1800s. Corot, Courbet, Daubigny and above all Auguste Ravier, a forerunner to impressionism, all set up their easel between Crémieu and Morestel.

Discovering the many cultural sides

In Isère, even more than elsewhere in the Alps, economic development created links between the valleys and the summits, notably thanks to the invention of hydropower. But to truly discover the culture of the area, one must also visit many other sites bearing witness to the genius of the people born or living there.

Grenoble and its area were recently ranked as the fifth most innovative city in the world by the magazine Forbes. That image of innovation is indeed one of the most commonly used in promoting the site. But few people know much about how that image gained traction and what stands behind it.

The Belledonne range is thought to be the site of the first attempts at skiing in France. Even as early as 1878, according to Henri Duhamel who posed as a pioneer in the field (but 30 years later). Though he may have rewritten history to his own liking, this multi-facetted man was nonetheless a true initiator. 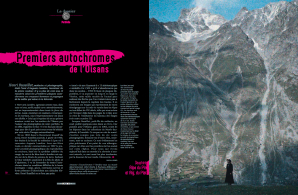 Portfolio : first autochromes in the Oisans

Henri Bussillet, a doctor and photographer, was a friend of Auguste Lumière, the inventor of colour photography. Over a century ago, he tested the very first autochrome plates by taking photos of the people and landscapes in the valley leading to La Bérarde.

The Chartreuse range was the playground and starting point for this well-known manufacturer of mountaineering equipment. Starting with the fascination of the original founder, Fernand, for the caves under the Dent de Crolles to the high walls in North America, and spanning acrobatic work conditions at heights and mountain rescue equipment, this is the story of a company with strong roots in its homeland.

The Isère department has a wide array of wonderful museums. We have listed here particularly those related to the articles in this issue. 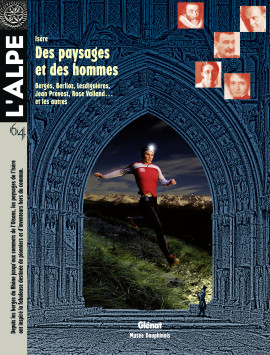