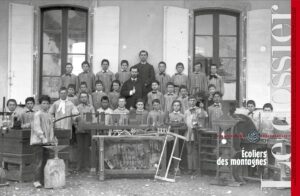 The Alps as a classroom

In the 1950s, a health trend led to millions of children tramping along mountain paths. Since then, the trend has petered out, but the mountains remain a wonderful classroom for nature that children today, young city flowers that they are, desperately need. A look at the public policies and citizen initiatives attempting to re-establish the links that have virtually been cut. By Claude Comet, founder of Alpes Magazine, now an elected official in the Haute-Savoie department.

With a feather in their cap, travelling school teachers hiked down from the high to offer their services in markets, just like hemp combers, cheese merchants and knife sharpeners. Who were the knowledge peddlers ? What do they reveal about Alpine culture ? By Anne-Marie Granet-Abisset, professor of history at the University of Grenoble. 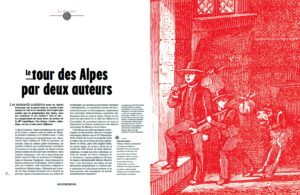 The Alps by two authors

School books can teach us a great deal about how a society sees itself and grows during a particular period. Could there be a subject as unbiased as Alpine geography, with its summits and valleys ? In fact… the comparison of two school readers from the Third Republic, one secular and the other Catholic, is very revealing. By Christian Amalvi, professor of contemporary history at the University of Montpellier.

Training the teachers, an Alpine experience

Dormillouse, a small village in the Hautes-Alpes department, is the home of one of the first schools for teachers in France. Félix Neff, a Protestant pastor, founded the school in the village at the start of the 1800s. A remarkable initiative ! By Loïc Chalmel, professor of educational sciences at the University of Haute-Alsace. 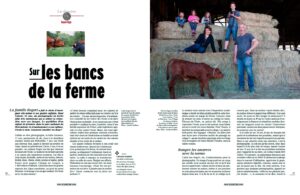 The Rogeri family decided to teach their four children themselves. Including Calixte, 16, a talented, young photographer who impressed the editors with his work. The daily life of a farming child in the Mercantour national park. The transhumance has one rhythm, school quite another. Can the two be reconciled ? By Caroline Audibert, journalist and philosopher.

They are undoubtedly charming, the inkpots, pencil cases and schoolbags drawn from the collections of four major Alpine museums (Bolzano, Genève, Grenoble and Innsbruck). But going beyond the nostalgia for the childhood paraphernalia, what can these objects tell us about schools in the Alps over the centuries ? By Federica Tamarozzi, ethnologist and curator for heritage. 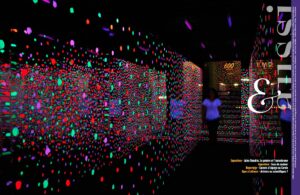 Jules Flandrin, the painter and the autochrome

In 1907, colour was no longer the prerogative of painters, photographers could also use it. The Lumière brothers marketed autochrome, the first colour-slide photographic technique. The new process could not help but interest a painter such as Jules Flandrin, whose trial photographs can now be seen in a magnificent exhibition at the Musée dauphinois. By Valérie Huss, art historian.

In the spirit of the Year of Light (or perhaps simply per chance), the Musée gruérien in Bulle (Switzerland) also has an exhibition of Alpine autochromes. The title is a hat tip to the great U.S. photographer Alfred Stieglitz who declared in Photography magazine in 1907 that «  In short, soon the world will be color-mad, and Lumière will be responsible  ». By Christophe Mauron, curator of the Musée gruérien in Bulle. 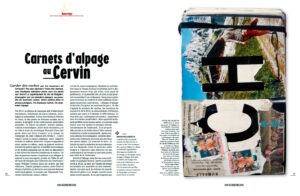 Shepherd the cows up above Zermatt ? Not an easy job ! Over three summers, an idealistic (but pragmatic!) student worked as a shepherd and cheese maker in the shadow of the Matterhorn, the Swiss paradise for tourists. A surprising story of minor pleasures and major fatigues. And a fascinating voyage. By Manon Wallenberger, free spirit.

The Himalaya fascinated the Schlagintweit brothers. The three explorers from Munich spent time there from 1854 to 1858. True to their scientific training, they brought back drawings and water paintings that stood out for their great precision and high artistic quality. The museum of the German Alpine club in Munich has organised a fascinating exhibition. By Stephanie Kleidt, art historian. 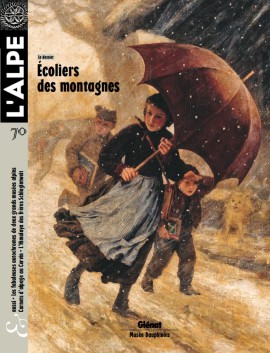