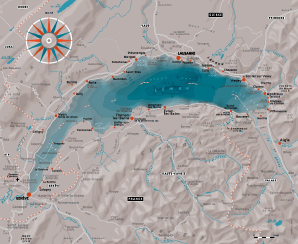 Lake Geneva has many faces, Alpine and Mediterranean, tamed and wild, mountainous and urban, a phenomenon of nature, yet human through literature, music and painting, and the people living along its shores. A discovery born of memories and readings. By Bertrand Lévy, geographer at the University of Geneva.

A world unto itself

Humans discovered the lake very early and the Neolithic constituted a first “golden age”. Over the centuries, thanks to its central position in Europe and its agreeable climate, this “pocket sea” turned into an international summer-vacation spot and came to play a leading geopolitical role. A crossroads for men and ideas. By Bruno Berthier, associate professor for the history of law and institutions at the University of Savoy. 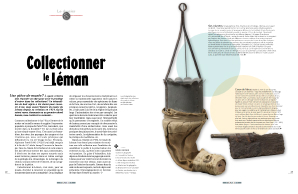 A museum piece ? Which criteria must an object fulfil before it may enter a collection ? A set of eight objects was selected to tell the story of the lake, but also the history of the lake museum since its creation in 1954. All of them, whether rare, surprising or apparently nondescript, arouse one’s curiosity… By Lionel Gauthier, curator at the Léman museum.

A view of the lake

A transfiguration ! In a few years, the Léman museum will have a brand new home. The surface area will be multiplied by a factor of four and the wonderful collections, notably the impressive boats, will be displayed under better conditions. The old and the new will have no reason to quarrel because the building from 1756 will stand “shoulder to shoulder like a comforting friend” with the new. An impressive museum and architectural project. By Carinne Bertola, project manager for the extension of the Léman museum.

Just for the fun… All boats on the water just for fun are pleasure boats. Boating events on Lake Geneva started as early as the 1600s. All the necessary ingredients were on hand, a large lake, good winds, a rich upper class, a network of tradesmen and, above all, lots of people out to have a good time. Let the fun begin ! By Marianne Chevassus Favey, deputy curator at the Léman museum. 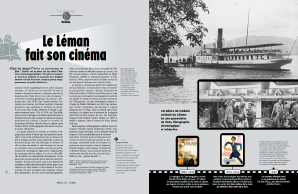 Lake Geneva in the flicks

Star or muse ? Scenery or character ? What is the role played by the lake in the history of cinema ? From the Lumière brothers to Jean-Luc Godard, including Brigitte Bardot and Paul Newman, great expanses, panoramas, intrigues… By Didier Zuchuat, head of the documentation department at the Léman museum.

Lake Geneva is in fact a laboratory that has served for many experiments. A floating paddock driven by… horsepower ? A bathtub boat ? A galley for the unemployed ? A water-borne bicycle ? All these crazy transportation techniques have been tested on the lake, but most turned out to be very short lived. By Marianne Chevassus Favey, deputy curator at the Léman museum. 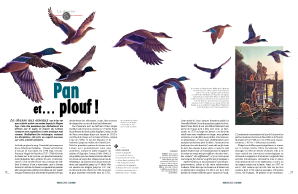 Records on bird hunting go back to the Middle Ages for Lake Geneva. The Léman museum has organised an exhibition on the little-known topic, avoiding the heated debates that hunting arouses. Combining multiple points of view and disciplines, it throws new light on the multi-secular activity. By Lionel Gauthier, curator at the Léman museum.

A team of researchers at the University of Geneva made a surprising discovery, namely the lake has been struck by tsunamis at least six times in the past. How can this risk, slight but now certain, be managed ? Should we pull back from the shore ? A look at the scientific research and the issues at hand. By Stéphanie Girardclos, limnogeologist. 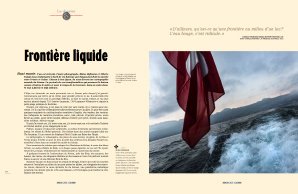 Boat movie. A writer and a photographer. Blaise Hofmann and Alberto Campi take us aboard the boats that shuttle between France and Switzerland each day. In their own way, they each produce a mental map of Lake Geneva. A portrait of the cross-border workers who take a boat like others take the tube, a short interval between two worlds. Neither here nor there, elsewhere. 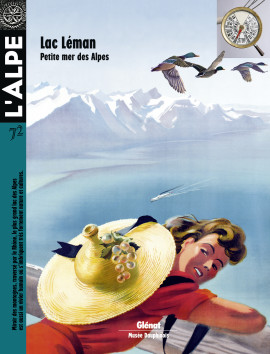