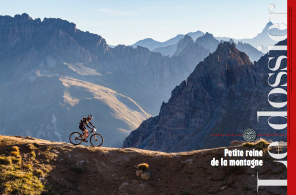 Bicycle touring is the current fad from the Oisans in the west to the Tirol in the east of the Alps. A successful diversification in tourism and a wider public are driving a profound revolution in recreational infrastructure in the mountains and novel ways to discover the land. Plus a new approach to health, to nature, to time and… to others ! By Philippe Bourdeau, professor at the Institut de géographie alpine in Grenoble.

A small “Grand Tour” in Norway

A bicycle trip through the south-west corner of the country with, as sole luggage, the stories of travellers from the 1700s on their Grand Tour of Scandinavia. That was the experiment attempted by the author and her daughter Lou, aged 11. The word “adventure” would perhaps be a bit excessive, now that there is no terra incognita left. But each person continues to explore their own atlas of the world. And to play hooky… By Mariette Nodet, historian and primary-school teacher.

The missing link in Alpine cities

Passé yesterday, chic today, bicycles are becoming a decisive factor for the economies, demographics and health of European cities. Could it be that far from its image as old fashioned and old hat, the simple bicycle is an answer to the multiple pollution alerts confronting Alpine cities ? A manifesto in favour of the missing link for urban centres. By Vladimir Vasak, reporter at Arte.

The drawings by Pellos, including the Hammer man and the Green-toothed witch, are remembered by generations of readers. As a child, ethnologist Guillaume Lebaudy read and reread a supplement to the L’Équipe sports daily on the Tour de France, illustrated in part by Pellos, the adoptive father of the Pieds Nickelés. The magazine familiarised him not only with the Alps, but also with the cycling world, from Antoine Blondin to Cingria. Which just goes to show that bicycles can also transport you into the realm of literature.

Cycling, a factor in the national melting pot ?

Italian immigrants were the pride of their national community during the first half of the 1900s. Garin, Bottecchia, Binda were names chanted along the roads of France. But what role were sports intended to fulfil ? Were they a political instrument to proclaim national identities ? The links between immigration, sports competition and integration form a complex web that is difficult to unravel. By Stéphane Mourlane, historian and assistant professor at the University of Aix-Marseille. 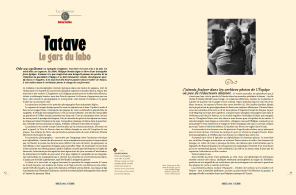 Forcenés (The Driven) is both a hymn to and a caustic judgement of the bicycle-racing sector. A black light, an oxymoron. In 2008, Philippe Bordas wrote the powerful, very lyrical book. He was only 23 when he walked into the offices of the L’Équipe sports daily and earned a job as a sports writer. In the chapter presented here, he reminisces on the hours spent with Tatave, the lab man, watching the faces of his driven men appearing in the developer liquid.

A hint of sun and paid vacation

The people lining the streets and roads during the Tour de France are a fervent crowd. Each year, it is the same, circus-like atmosphere, with its specific traditions, identical participants and best spots. Notably in the Alps where the show reaches such a pitch that Philippe Gaboriau can describe each feature in advance. A dress rehearsal at the Izoard Pass. By Philippe Gaboriau, sociologist and researcher at the National centre for scientific research. 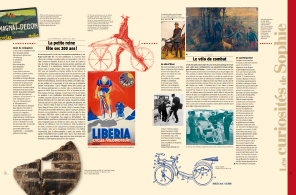 In this issue, we inaugurate a new feature in the magazine. This anthology of our best discoveries uncovered while preparing L’Alpe is presented here as a “cabinet of curiosities” reminiscent of both André Breton and Jacques Prévert, with his famous Inventaire sung by the Frères Jacques. By Sophie Boizard, editor at L’Alpe.

So human a landscape… His black and white photos transcend the relationship between humans and nature. No aggressive colours searing attentive observers of landscapes and panoramas. A look at this patch of Earth to the south of Grenoble that the photographer hopes to share. By Jean Guibal, editorial director of L’Alpe. 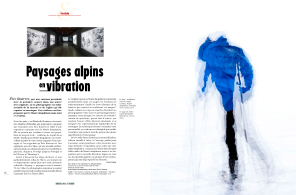 In a curious similarity with painting, Éric Bourret proposes highly original works in which photography is indelibly linked to hiking and the efforts it requires in the mountains. A result of the residence proposed by the Musée dauphinois in the Isère department. By Jean Guibal, editorial director of L’Alpe.

Modesty and bawdiness along the lake

The Musée du Léman, on the banks of Lake Geneva in Nyon, was of course interested in bathing wear. After “Wanted ! Duck hunting”, now comes “Plouf !”, an exhibition on the history of bathing attire at the foot of the Alps. Similar to the tides, back and forth, swimsuits oscillated between fear and desire, prohibitions and social advances, nudity and decency. In the end, all is fair in… juggling with propriety, modesty and the desire to swim. By Lionel Gauthier, geography Ph.D from the University of Geneva and curator at the Musée du Léman. 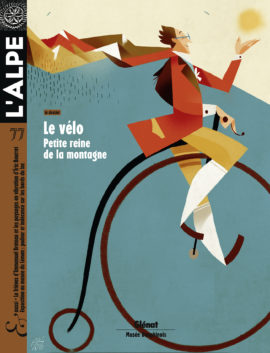