L’Alpe 79 : Landscapes. The world outside 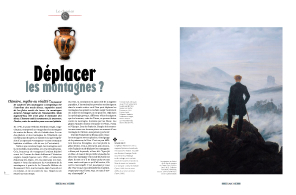 A dream, a myth or reality ? Moving mountains was long the attribute of the gods, who could also raze them or make them spring from the earth. Mountains serve as a metaphor for all that is unmoveable. But today, moving mountains is no longer an attribute of the gods alone. We can avoid them, cross through them, imitate them and even shape them as we please. By Sylvain Jouty, writer.

The Alps of Jean de Beins

The list of wonders in the Dauphiné is already long, but if we could add one more, it would be the maps drawn by Jean de Beins during the reign of Henri IV. The remarkably clear maps enable the observer to imagine Alpine life at the very start of the 1600s. Far from simply marking spots, he portrayed towns and their systems of defence, valleys and their crops, rivers with their fords, even armies and their strategies. These exceptional, never presented documents are now on display at the Ancien Évêché in Grenoble. By Perrine Camus, doctoral student at the Grenoble-Alpes University. 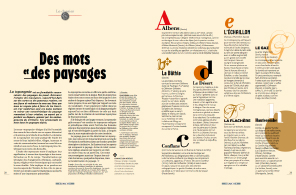 A geography of words

Place names are a wonderful conservatory of past landscapes. Finding the origins of place names, now printed on maps and road signs, instils new meaning in places that we see every day to the point of no longer seeing them at all. Many names highlight an ancient trait of the landscape, an aspect that may have endured or disappeared, erased by the changes made by humans. An excursion with words through the Alpine landscapes. By Jeanine Élisa Médélice, professor emeritus at the Grenoble-Alpes University.

His here was Lake Annecy. A playground that this overly discreet landscape artist criss-crossed in every direction. To the point that in 1878, he participated is a surprising “painting hunt” organised by Camille Dunant, president of the local chapter of the French Alpine Club. The prizes (drawings, photos, paintings, etc.) of that Alpine artistic adventure are now exhibited in the Annecy Château-Museum. By Sophie Marin, in charge of the fine arts collections of the Annecy museums. 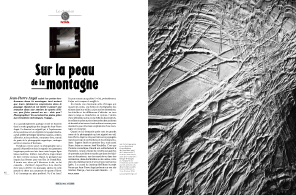 On the skin of a mountain

What is one to do when invited to spend a week in a ski resort, but one does not ski ? Jean-Pierre Angei decided to take photos while suspended over the slopes in the ski lifts. By Pascal Kober, editor-in-chief at L’Alpe.

Eyes behind the head

What are retro-landscapes ? Using the road mirrors often seen in the Alps, Jean-Louis Roux photographs not only what he sees in front, but also in back. A sly way of questioning how we see landscapes and, in the process, the art of photography. By Jean-Louis Roux, art and literary critic, writer and poet. 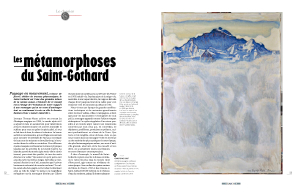 The transformation of the Saint-Gotthard

A stone giant, shifting landscapes, colossal construction projects, the Saint-Gotthard holds tremendous symbolic value for the Swiss nation. The history of the massif reflects the changes in our relationship with a mountain that is continually modified, but that is still seen as the last refuge of “natural nature”. By Christophe Girot, landscape architect, professor at the Federal polytechnical school in Zürich.

Barcelonnette part of the Mercantour

Revolution ! Most elected officials in the Savoie region reject the Vanoise Park, but the little town of Barcelonnette, in the Alpes-de-Haute-Provence department, would like to join the Mercantour Park. A novel situation in the tumultuous history of the national parks. The sign of a change in mentalities or a desire to profit from the situation ? In the background, the actual questions deal with the role of the environment in territorial policies and less intrusive forms of tourism. By Éliane Patriarca, independent journalist specialised in the environment. 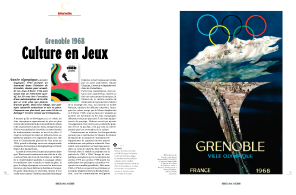 An Olympic year, a different year. 1968 constitutes a turning point in the history of Grenoble, selected to host the Olympic Winter Games. Though primarily a sports event, the Games were a chance to completely transform the city which still considers itself very avant-garde. In the wake of the Games, a bold cultural policy was instituted. Fifty years later, what remains of that policy ? By Guy Saez, research director emeritus at the CNRS in the School of political science, Grenoble. 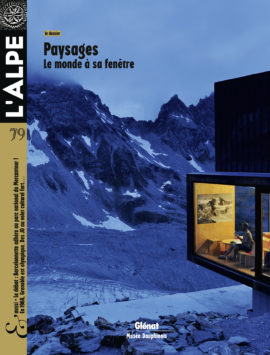